4 Bitcoin Challenges Must Be Solved Before The Mass Adoption 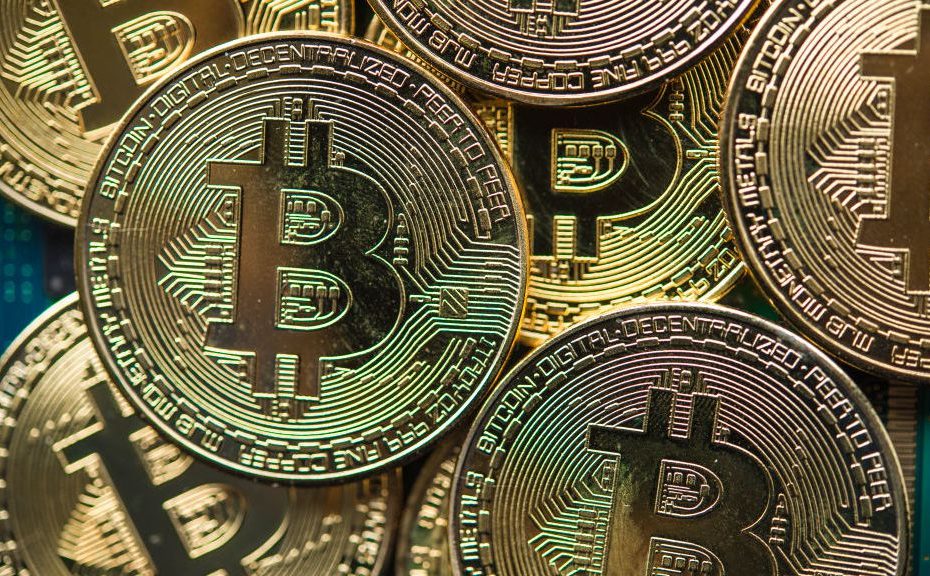 Bitcoin continues to increase blocks of popularity month after month. At the start of 2010, Bitcoin was still a technology reserved for some Cypherpunks. By the beginning of 2020, fewer and fewer people had not heard of Bitcoin.

The year 2017 was marked by strong media coverage of Bitcoin after its historic increase to $20K. Then Bitcoin moved from the innovative to the early adopter phase based on the technology adoption cycle.

Today, almost 29 million Bitcoin addresses are available. Since users can open multiple addresses on the Bitcoin Blockchain, an exact number of Bitcoin users is difficult to estimate.

Nonetheless, one thing is certain: this number is still very small, as in future any Earth’s inhabitant might be interested in Bitcoin. There is, therefore, an extraordinary potential for growth for Bitcoin.

Bitcoin will face four major challenges in the next few years before it can hope to seduce all these additional users and achieve mass public adoption.

With its seven transactions that can be validated at a maximum per second, Bitcoin is very far from Visa.

To be frank, the analogy between Bitcoin and Visa is not entirely correct as Bitcoin is a decentralized open system.

Visa is a closed, centralized network, on the other hand. Therefore, it is much easier for Visa to do so.

In any event, Bitcoin has to face this challenge, to see its widespread use as a global payment system.

Once, this problem is solved by the Lightning Network protocol.

The Lightning Network should allow Bitcoin to handle many more transactions per second with its micropayment channels.

It is difficult to estimate exactly the number of transactions per second that can be validated in the Bitcoin Blockchain after the Lightning network has been generalized.

Nevertheless, we should take into account that Lightning Network makes Bitcoin much more efficient with more nodes.

To give you an idea, Bitcoin could then endorse 5000 to 1 million transactions per second.

This is a huge gap, which gives you an idea of the potential of Bitcoin and its mass public acceptance by the Lightning Network.

2. Improving Time To Confirm A Transaction

Bitcoin must enable near-immediate validation of transactions to be widely adopted by the general public as a global Peer-to-Peer payment system.

A retailer can not imagine a customer waiting 10 minutes to complete the Bitcoin transaction.

Nonetheless, as shown in the following graph, the average time taken to completely validate a transaction is currently between 8 and 10 minutes: 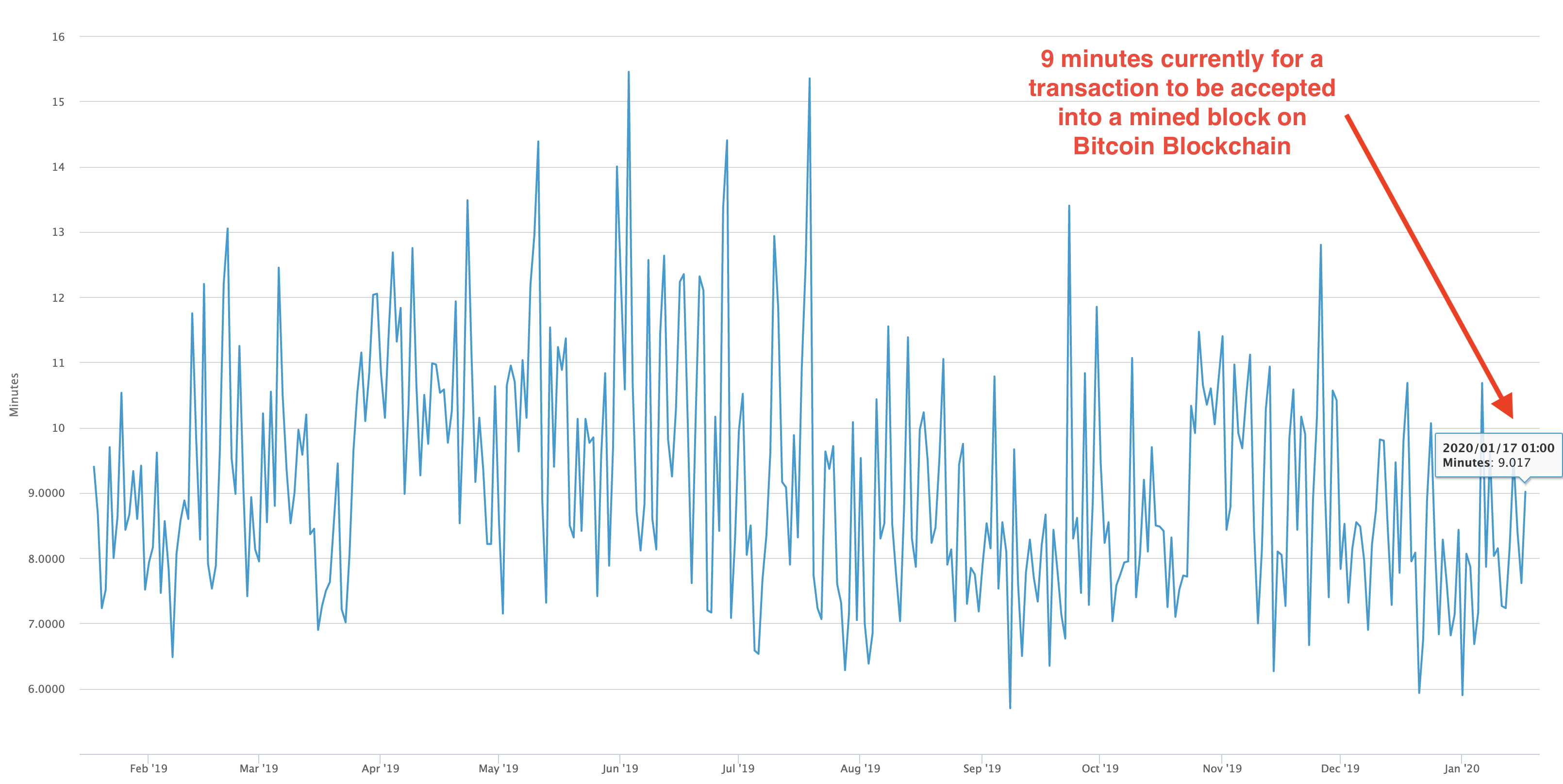 Worse yet, compared with the one experienced at Bitcoin Blockchain when the trading volumes hit peaks like in the second half of 2017, this delay is quite nice.

The average validation time of the transaction was approximately 30 minutes: 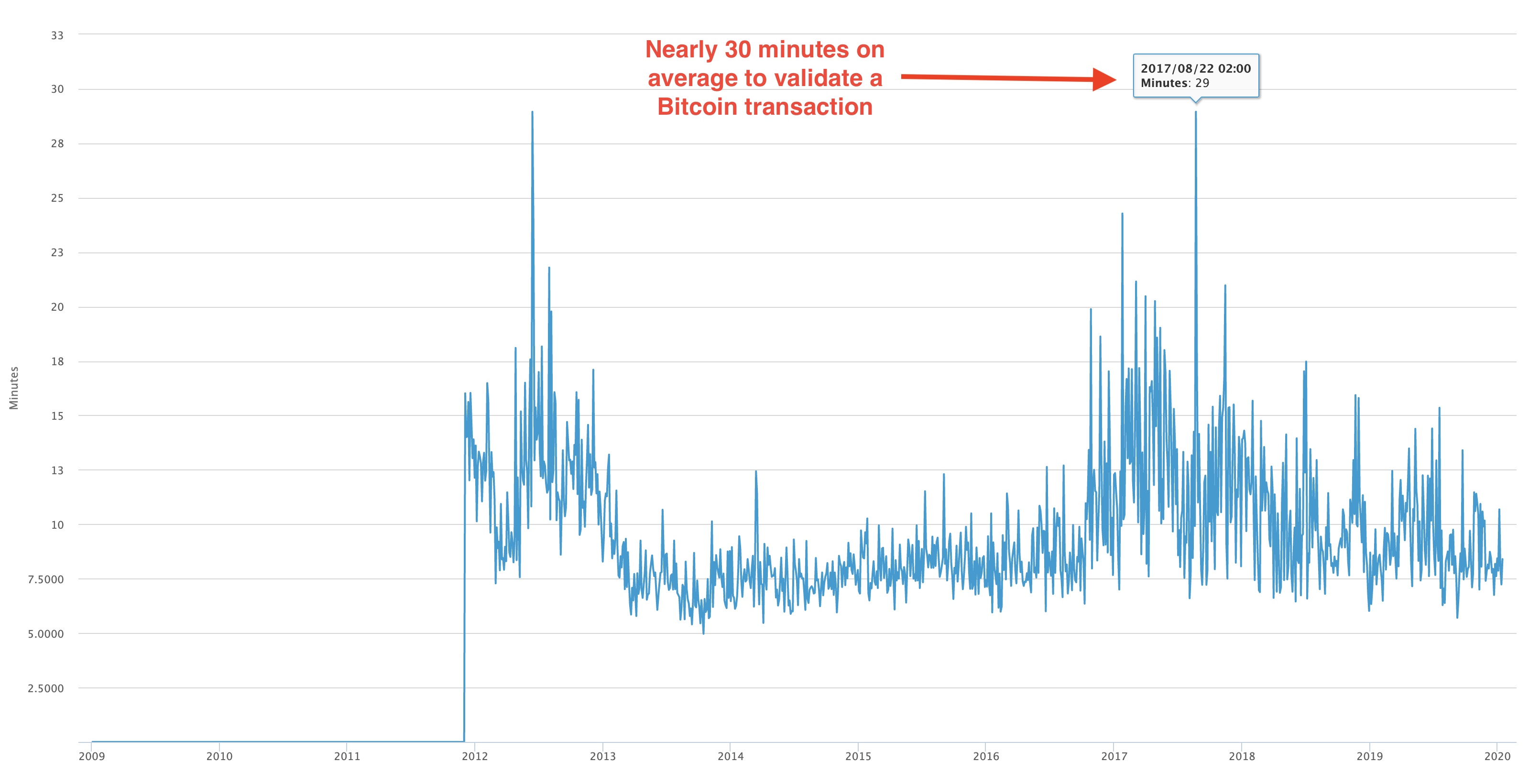 This is an average number that masks the fact that some people can observe even more slowly.

Several users had to wait several hours to verify their Bitcoin transactions.

Naturally, the Bitcoin community is aware of these problems and already works hard to find solutions.

The Lightning Network protocol, which is still gradually deployed, could solve this problem.

The Lightning Network enables the creation of micropayment channels whose only final result has been added to the Bitcoin Blockchain, which would drastically reduce network volumes.

Thanks to Lightning Network, transaction processing times can be drastically reduced with a lower volume of transactions.

In addition to the Lightning Network layer, work on the Bitcoin Blockchain must be done directly to reduce transaction validation times in the future.

Miners provide their computing power for the Bitcoin Blockchain to protect the network and allow transaction block validation.

Currently, the average transaction validation fee is about $0.3:

This figure may seem high, but not as high as the transaction charges do not depend on the amount transferred.

On the other hand, the problem is when the transaction volume reaches record levels, as at the end of 2017.

Fees averaged $34 per transaction at that time:

The Bitcoin Blockchain is protected by the computer power that its users make accessible to the network. These users are referred to as miners. 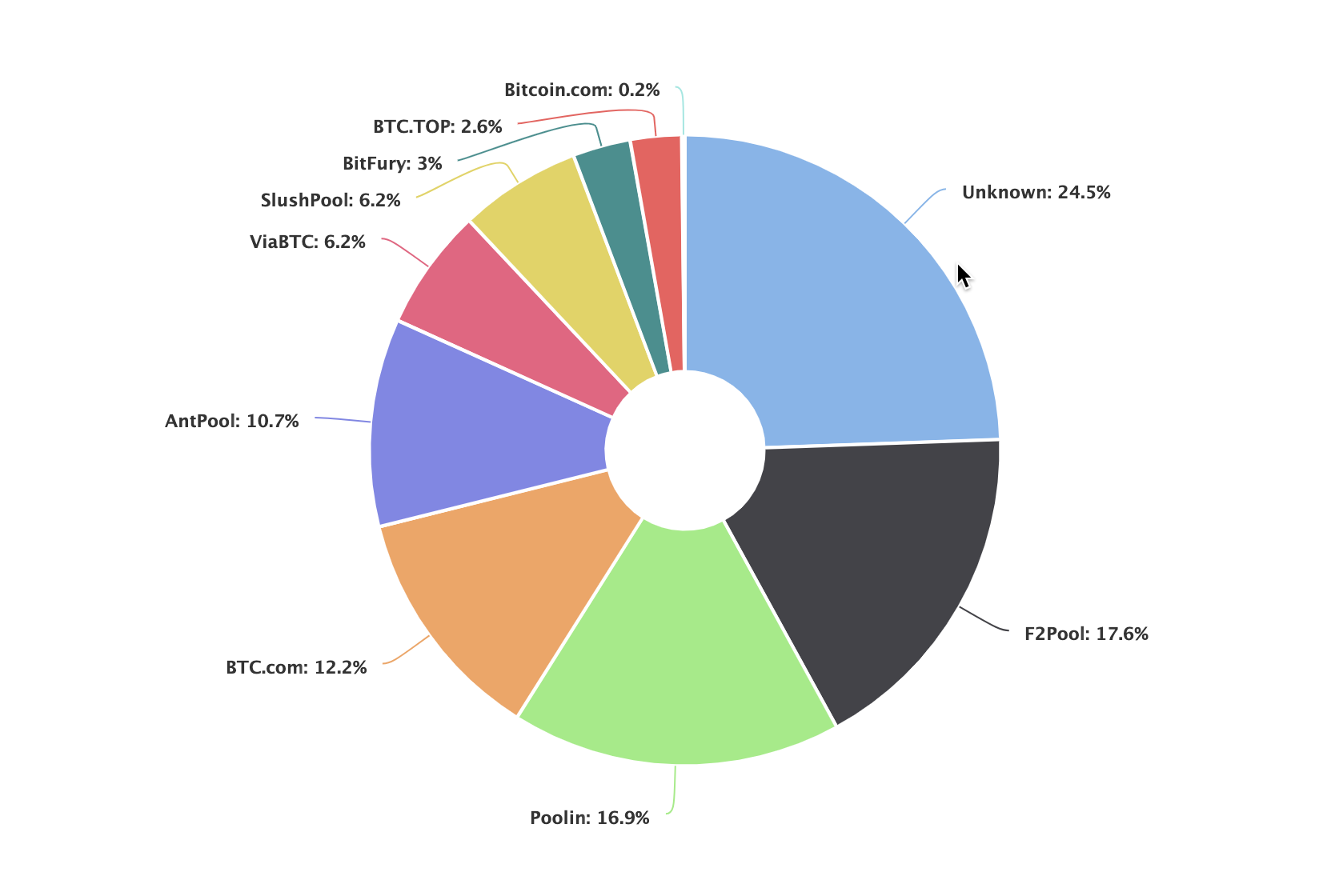 This distribution is nevertheless much more centralized than it seems.

Secondly, the bulk of these mining pools are located in China. China thus accounts for almost 65% of the Bitcoin Blockchain hash rate.

However, the Bitmain group, which is a real heavyweight in this industry, controls several of the mining pools in this chart.

Bitmain now exceeds 30 percent power of the Bitcoin Blockchain global hash rate by adding the hash rate of those entities. Bitmain also has a strong connection to ViaBTC.

All this knowing that nearly a quarter of the network’s hash rate appears on this diagram unidentified.

Many people, therefore, think this is a major security risk to Bitcoin as Bitmain can manipulate the network by controlling the Bitcoin Hash Rate over 51 percent.

There is a chance.

However, this risk must be heavily weighed. Bitmain is the largest mining ASIC supplier with a market share of more than 65%.

Bitmain would lose the trust of the industry as a whole and not in its interest by manipulating the Bitcoin Blockchain.

Many Blockchain Bitcoin users will withdraw their money, resulting in a fall of the Bitcoin price, but above all, a colossal loss of revenue.

Highly unlikely therefore seems to me to be Bitmain’s hypothesis of a hack. However, for the good health of Bitcoin, it seems essential to me to decentralize the distribution of the available hash rate.

This greater decentralization is an imperative challenge for the future for the Bitcoin community.

It needs increased competition between companies selling ASIC mining, as well as improved geographical distribution of mining pools, to ensure optimal protection for the Bitcoin network.

Bitcoin is a fantastic success, which is just 11 years has crossed 150 billion in market capitalization. Nonetheless, the number of users of Bitcoin remains small compared to the number of people on Earth.

To achieve this mass adoption of bitcoin, the community must first tackle the four major challenges that I have identified in this story successfully.

These obstacles are not straightforward, but with what Bitcoin has done since it began, nothing seems unlikely for its future.

What can 1 BTC be worth following the adoption of mass?

Hal Finney was one of the first Bitcoin users to receive a first transaction itself from Satoshi. Only days after the network launch, he was already wondering how the price might look if Bitcoin’s market cap was equal to the total amount of all wealth worldwide.

Current estimates of the global household wealth found range from $100 trillion to $300 trillion. For 21 million coins, each coin has a value of approximately 10 million dollars.

The chance to produce today coins with a few cents of computing time can therefore be quite good, with a payoff of about 100 million to 1!

Back in the early days of Bitcoin, a simple consumer machine could be used for mine. It doesn’t sound very attractive right from the bat to keep your machine on for days to perhaps get some useless digital coins. Finney also made a good point. Those who mined in 2009 saw substantial returns.