What Is The Upcoming Bitcoin Halving Big Deal In 2020? 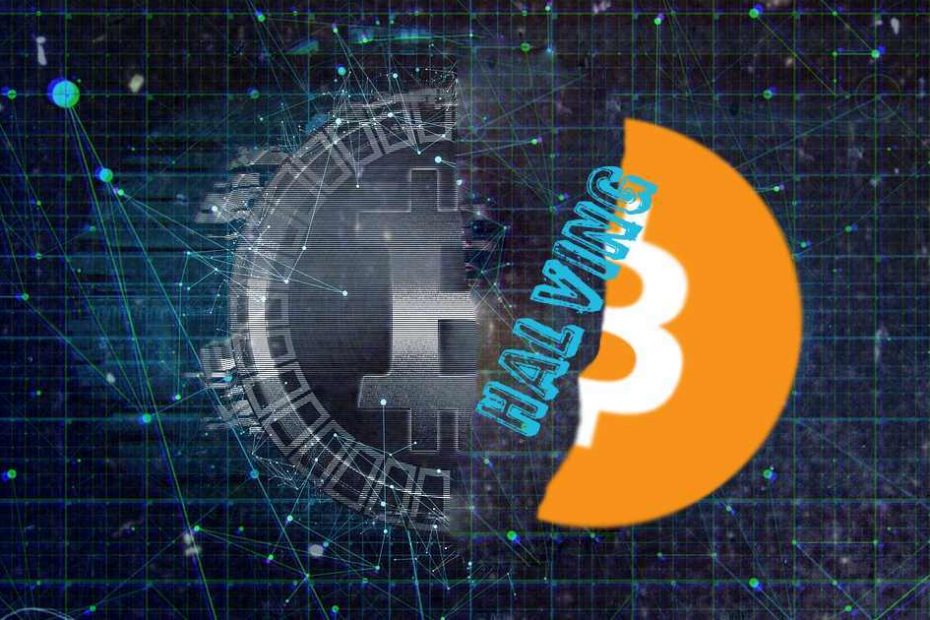 What is Bitcoin Halving ?

Unlike fiat currencies that central banks can print at will, bitcoin’s supply is algorithmically limited. Only 21 million bitcoins will ever exist. By definition, this makes it, as opposed to an inflationary, a deflationary asset.

Every 10 minutes, miners solve a “block” of bitcoin transactions and add it to the blockchain of bitcoin. This is complicated and expensive work, requiring a lot of power and specialized hardware. So why is anyone going to do it first? Because the algorithm rewards miners with new bitcoins that are generated and added every 10 minutes to the circulating supply. This new BTC distribution is called the “block reward.”

The block reward is 50 BTC when Bitcoin first appeared. That means someone, somewhere, got 50 bitcoins delivered to their wallet every 10 minutes. This was back in the days when BTC was worth a penny and you could use a laptop to mine it.

So does this mean that money basically falls from the sky on those people who run giant mining platforms of warehouse size? Yes, but for their efforts they don’t earn nearly as much BTC anywhere. At present, the reward for the block is only 12.5 BTC.

What has happened? The reward for the block was cut in half, twice. This is a bitcoin programmed feature that occurs every four years (210,000 blocks). The block reward is cut in half once that number is crossed. The cycle is predetermined and will continue until sometime in the year 2140 the last bitcoin is mined.

This process is called a “halving” cycle and may have long-term effects on BTC’s cost. Around 1 year from now, it’s set to happen again. 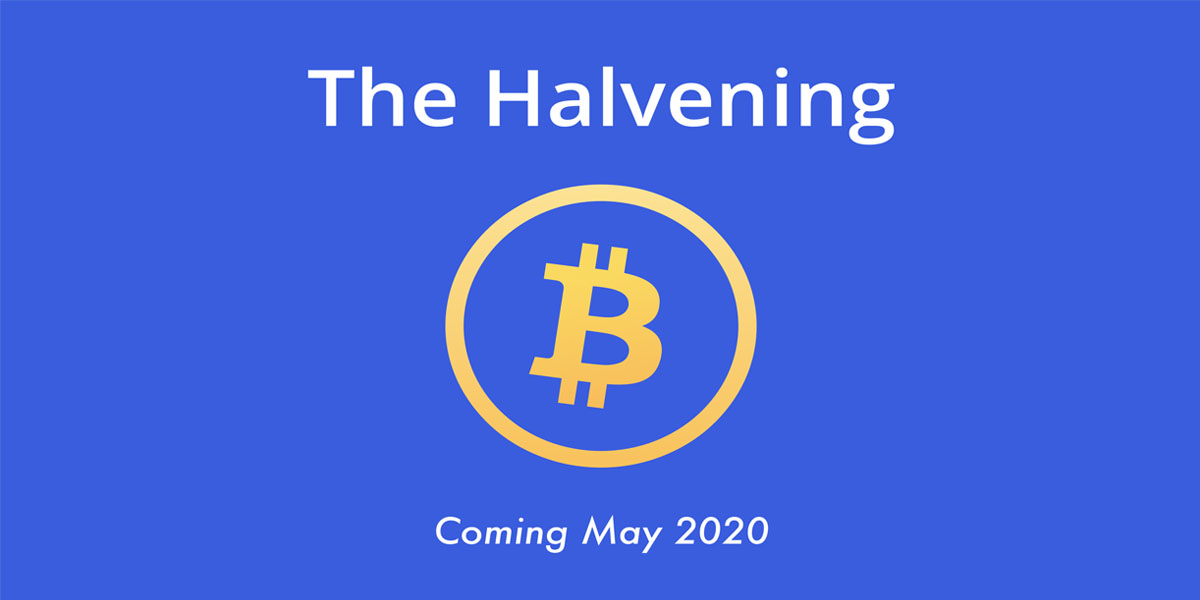 The technological basis for bitcoin halving

When Bitcoin was first developed by Satoshi Nakamoto in 2009, he made a decentralized model in which Bitcoin could be distributed without any person or group of people being involved. The innovative idea of bitcoin mining was that by verifying bitcoin transactions, miners would receive bitcoins as a reward for successfully generating a new block.

Satoshi Nakamoto established some rules in the bitcoin protocol to determine how these bitcoins will be distributed among the miners. The first rule was that bitcoin will have a limited supply of 21 million, which means that in the world only 21 million bitcoins can be produced and mined. The second rule was that Bitcoin reward would be halved every time 210,000 blocks were mined in the Bitcoin blockchain. This will continue until all 21 million bitcoins have been mined.

This case of bitcoin reward being halved once 210,000 bitcoins are mined is called bitcoin halving.

At the launch of Bitcoin in 2009, miners used to get 50 bitcoins as a reward for successfully mining a block. The first half of bitcoin took place in 2012, when the incentive for bitcoin fell from 50 bitcoins to 25 bitcoins. The second half of the Bitcoin event took place in mid-2

Why is the bitcoin supply limited?

The key question here is why bitcoin supply has been kept constrained from the beginning, and why has this halving event been set up? The simple answer lies in supply and demand law. If the supply of bitcoin were unlimited and it was generated continuously at a rapid rate without any halving event, in no time too many bitcoins would have entered the market circulation, reducing its value to a minimum.

Take the example of fiat currencies that have unlimited supply as central banks are able to print as many of these currencies as they want. This is the underlying fault in traditional fiat currencies, whereby, according to the law of supply and demand, if a central bank prints more of a currency than is needed, its value will begin to fall. Therefore, if a certain fiat currency’s circulation continues to increase, its purchasing power will continue to decline. That’s what’s causing inflation.

Satoshi Nakamoto created bitcoin, with this inflation-causing fiat currency fault in mind. Bitcoin follows commodity mechanisms such as gold. Gold has a limited supply on earth and in the beginning it was easy to mine. But as more and more gold is mined, extracting and mining new gold becomes more difficult. Because there is a limited supply of gold on earth, for the past 6,000 years it has been able to hold its value. To leverage this feature, by keeping its supply limited, giving it a store of value, and making it harder to mine bitcoin as more and more coins are circulating, Satoshi Nakamoto made the properties of bitcoin similar to gold. The purpose was to maintain the value of bitcoin over the years, as well as gold.

What does this mean for the price of Bitcoin?

Many Bitcoin enthusiasts are convinced that halving will have a tremendously positive impact on the price of Bitcoin and it is true that the price of Bitcoin has risen quite substantially over the weeks leading to the fall in the reward of the block. Whether this rise will continue after half is up for discussion.

Whether the market has already priced in the upcoming half event is unclear. Either way, watching how halving affects both the prices and the mining community will be fascinating.

How might the Third Halving of Bitcoin affect the price of Bitcoin?

By now, as a result of Bitcoin’s halving, we have noticed several different persuasive trends in the price action of Bitcoin.

The problem at this point is whether we can use this knowledge to deduce the potential effect of the forthcoming third Bitcoin Halving on the price of Bitcoin.

People tend to use past market data to deduce trends and extrapolate them to possible patterns in the future.

Based on the past trends of Bitcoin before and after its Halvings, one can only speculate on how the price of Bitcoin would act as a consequence of its upcoming third halving. 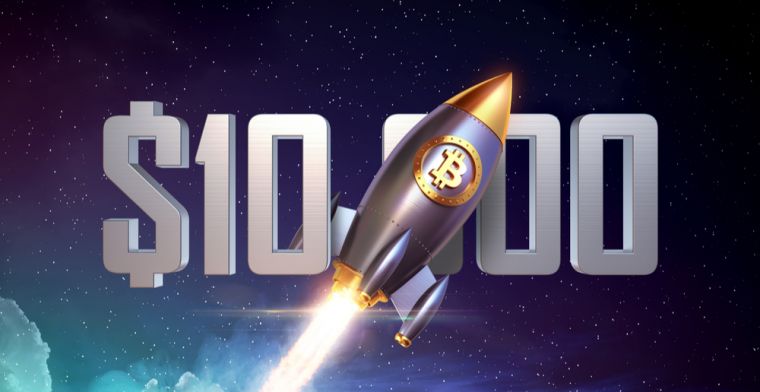 A Bitcoin $385,000 is very interesting because that would mean that Bitcoin’s Market Cap (i.e. $189 billion as of this writing) would have eclipsed the current Gold Market Cap (i.e. $7.8 trillion). This would really cement the status of Bitcoin as a “Digital Gold.”

2. New All-Time High in Bitcoin’s price will occur after the Halving

Historically, after every Halving, Bitcoin has set a new All-Time High.

Whatever All-Time High Bitcoin price hits, this new record will most likely occur several months after the Halving. 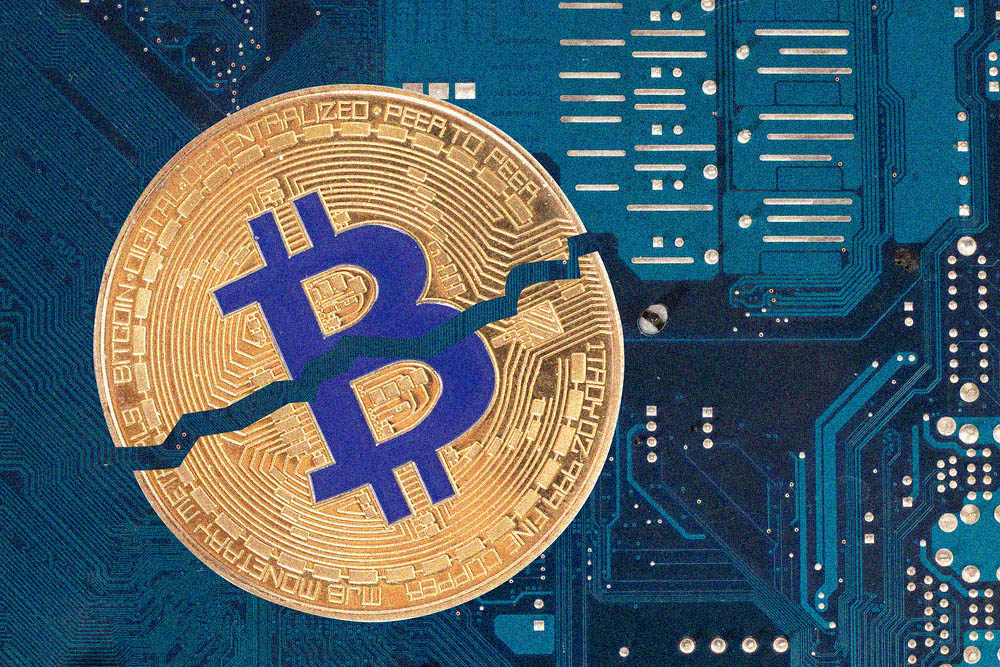 Why is bitcoin halving?

Bitcoin halves due to the software design created by a mysterious person or group using the pseudonym ‘ Satoshi Nakamoto’ assumed. While Satoshi did not explain the reasons behind halvings explicitly, many speculated that at the beginning the system was designed to distribute coins faster to encourage people to join the network and mine new blocks. Under this theory, block rewards were programmed to halve at regular intervals because as the network expanded, the value of each rewarded coin was considered likely to rise.

One criticism of the design of Bitcoin–including halvings and the finite supply of 21 million coins–is that it encourages users to save rather than spend in hopes that the value of coins will increase over time. In the past, this may have sparked boom and bust cycles, with users only hoarding coins to cash out at key points. For similar reasons, some have also compared Bitcoin with a pyramid (Ponzi) scheme, arguing that the design of the system has disproportionately rewarded early users.