Will Bitcoin Rise Again 2020? Does Bitcoin have future? 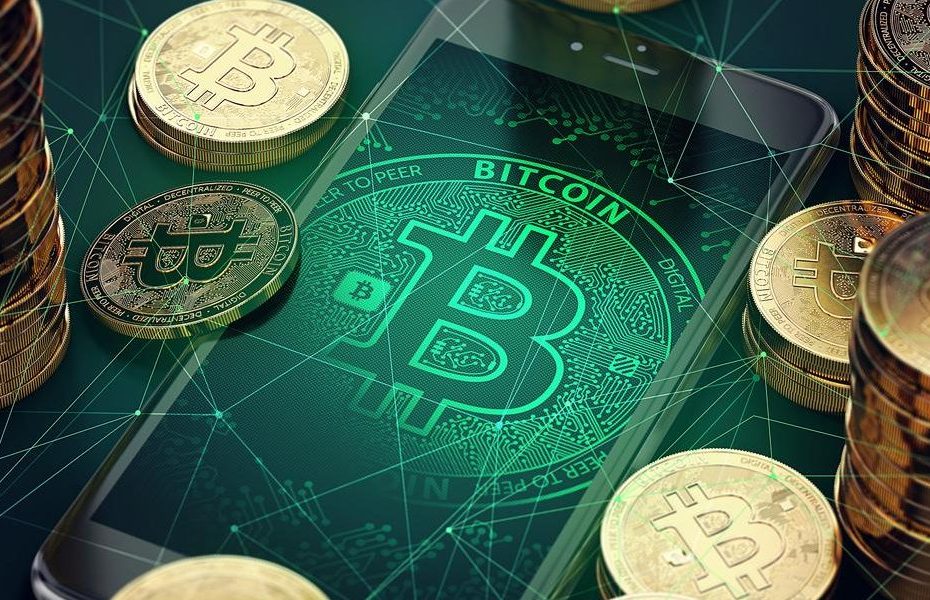 Could Bitcoin replicate its 2017-2018 winter price peak? A difficult question. There are many speculations as to how BTC has been able to demonstrate such an incredible price rise. The unprecedented ~$20,000 price point of the Bitcoin came from nowhere and shocked even the most experienced analysts.

How could the currency priced at 5,000 coins per one Papa John’s pizza (bought two pizzas for 10,000 BTC on May 22, 2010, by Laszlo Hanyecz) have become the world’s most valuable virtual assets?

In September 2019, the bitcoin hash rate dropped dramatically by 30 percent–from 98 EH / s to 67 EH / s. There are often rapid variations in the amount of computing power. The last downturn in a long time, however, was the highest. The predictor now ranges between 80 EH / s and 100 EH / s.

The implementation of blockchain, said President Xi Jinping, is essential for progress in key technologies and the transformation of the industry.

At the 18th session, the president spoke to review the blockchain’s current situation and growth patterns. He noted that large countries are developing technology aggressively at the moment, and China has a good basis for this.

According to him, to gain new benefits in the industry, China can take the leading positions in the world in the field of blockchain.

The PRC’s head also drew attention to the need to incorporate the blockchain not only in the real economy, but also in advanced IT, such as artificial intelligence, big data, and the Internet of things.

Xi Jinping emphasized the need to develop the country’s blockchain technology ecosystem. At the same time, he believes it is necessary to improve the industry’s leadership and regulation.

We have outlined the whole history of changes in bitcoin’s price from the moment it was produced to this day. Below you can see the price forecast of Bitcoin (BTC).

The development of the course is driven by the exponential increase in the number of network users and the acceptance by many businesses and financial institutions around the world of bitcoin as a legal tender. The incentive offered to BTC holders to obtain Bitcoin Cash (BCH) coins free of charge as a result of a hard fork on August 1 also played an important role.

Instead, on the news that major US exchanges are introducing BTC futures, fast unrecovered rapid growth begins, and on December 7, Bitcoin is trading at $16,500.

A reversal of the 2017 fast BTC-bull run was observed in 2018. The 2018 average BTC rate was a $17,000 mark. The subsequent decline is again followed by a fling of Korean negative news, where authorities have proposed banning anonymous cryptocurrencies trading.

The rate drop lasts until early February and hits a 6th day ($6000) peak. Sadly, there is no reversal of the bearish trend, and the exchange rate rises again from this point and drops to $5,800 by the end of June. The Bitcoin map continues to draw a triangle over the next 4.5 months with a lower face in the area of $6,000 that has already become clear to many.

After a minor turnaround, the price keeps moving down, hitting an annual minimum of $3,200 on December 15. Instead, within 3 days, bitcoin’s price will fall to the $4,200 area again.

The price continued to move in a downward corridor until the beginning of February 2019, for which the resistance becomes the $3,300 point.

On April 2, there will be a collapse of the $4,200 mark, and within a few hours, bitcoin’s price will hit $5,100. Subsequently, the news emerges that the explanation for this was one buyer’s purchase of 20,000 bitcoins at one time on several exchanges. Some see this as a sign of major players ‘ return to the market.

BTC’s growth in 2019 occurred in June. The top price was $13,275. The price increase may be due to the introduction of the future of bitcoin. In 2019, this kind of trading became common. Since then, bitcoin’s price has been dropping all year round. 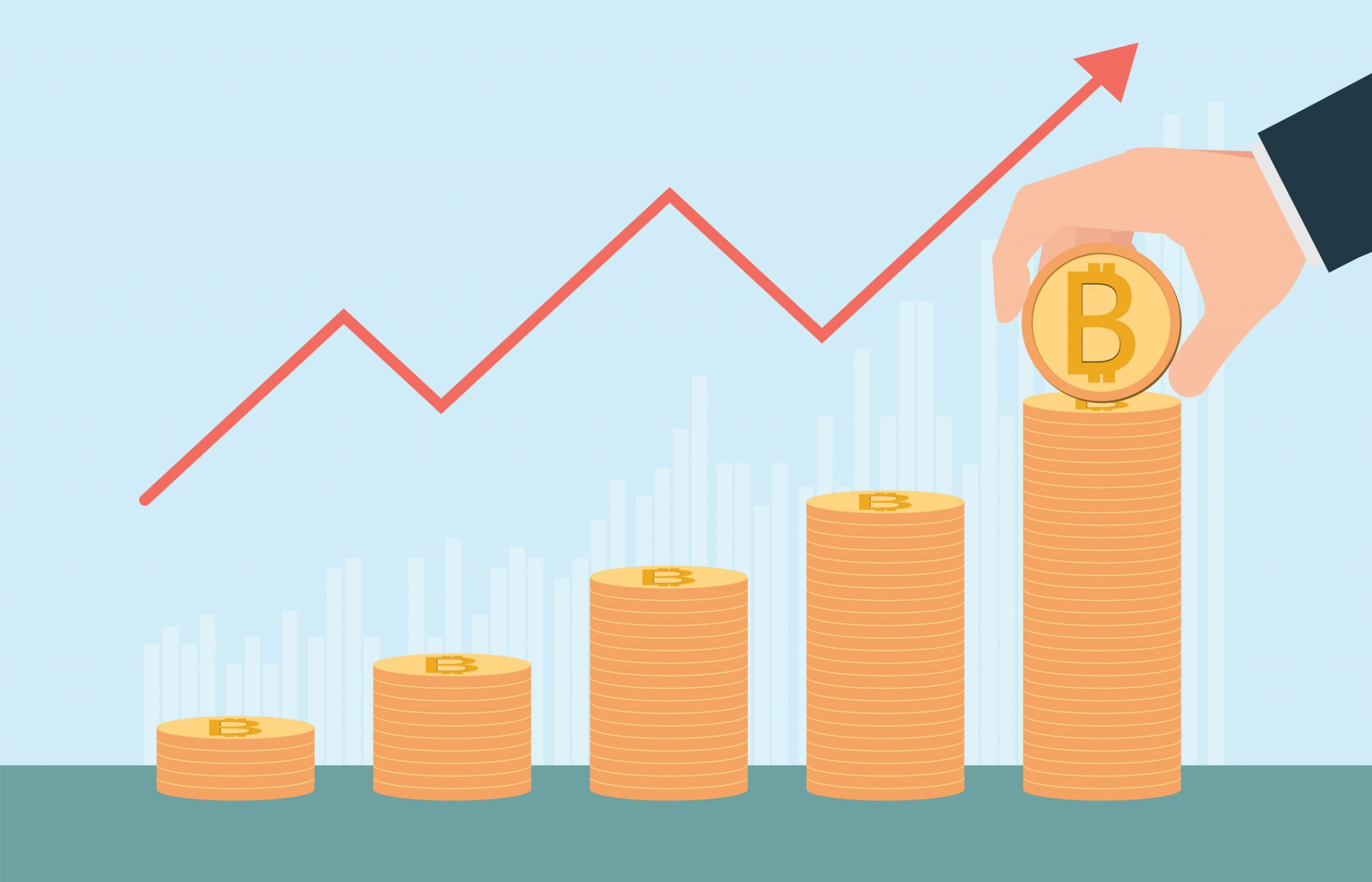 After the Halving 2020, will Bitcoin rise again?

The third Bitcoin halving will take place on May 20th, 2020. Every 10 minutes, 50% fewer Bitcoins will be produced and this could change the value of Bitcoin. It’s forever.

This is regarded as a “Halving” and has already happened twice, increasing the price of Bitcoins by at least 10 times each time. Given Bitcoin’s increased awareness, not many people seem to speak about it.

Why Halving would affect the price of Bitcoins.

Miners who no longer find it lucrative to mine should give up after halving. Many miners will continue to mine and only sell their bitcoins at a competitive pace, thus increasing the demanding price of bitcoins.

Looking at past halvings, we can see how the price of Bitcoin has been affected.

It’s been just one year since the halving and Bitcoin has grown 100x.

The price of Bitcoins eventually fell to about $220, and for the next few years, it remained below $1,000. Even at its lowest, Bitcoin was still 20x higher than its pre-half price.

The Third Halving and what to expect

Just about 10 months away from the next halving, what can we expect from the Bitcoins mark?

I expect it will meet past trends by reaching a new all-time-high one year on. Bitcoin will probably hit the 10x price before the halving, so it looks possible for me to pay $100k.

Kraken CEO, Jesse Powell is confident that Bitcoin would cross $100k after halving. He thinks that Bitcoin is going to hit either $100k or $1 m.

Anthony “Pomp” Pompliano, the co-founder of Morgan Creek Digital Assets, predicts that by 2021 Bitcoin would hit $100,000.

“Economics of supply-demand remains valid,” Pomp said. “This is a perfect way to determine the price of the commodity. Therefore, if demand for a fixed supply commodity rises, price appreciation will continue to take place.

Pomp added, “The halving in May 2020 which I believe will be a great moment is one of the biggest drivers of that market or increase in scarcity.”

However, after halving, we have to wait and see how the crypto market reacts.

Increasing public awareness could also contribute to a surge of FOMO transactions that could increase the price of BTC.

Third generation and Web 3.0 cryptocurrency blockchains would increase interest. This could turn into wealth when many different altcoins are moved.

We would potentially see a massive increase in bitcoin value a year after the 2020 halving. More cryptocurrencies will follow soon, passing their past all periods.

Could Bitcoin represent a financial bubble?

Journalist Matthew Boesler questioned the prevailing view of society and pointed out that bitcoin’s rapid growth is due to normal economic processes. In a note from the Washington Post, journalist Timothy B. Lee wrote that a sudden increase in prices is not a description of an economic bubble.

Bitcoin is an asset that should begin to exist outside its current framework of “speculative profits.” People are trying to make a good investment and Bitcoin looks like a great option for it.

Clearly, since its inception in 2009, Bitcoin has come a long way. Although it has emerged worldwide as a common fiat alternative for regulators that slowly but surely yield to the crypto-revolution, more needs to be done to ensure full acceptance. Now, it is still a major gamble that Bitcoin’s values will hit new heights in the future. Thanks to the coming halving, we expect the rate to increase in the nearest future.

Bitcoin is not just a price chart–it’s a new type of money open to anybody, free of government boundaries and regulations. You should try to find out how it can help you fulfill your specific needs and invest accordingly.