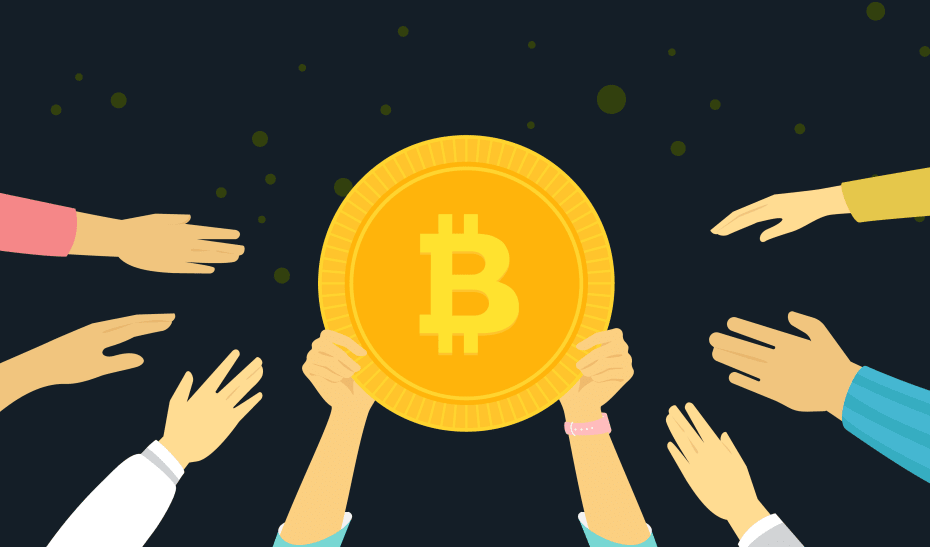 In addition to the technological revolution, Bitcoin is also an intellectual movement. Bitcoin showed the possibility of a large-scale Peer-to-Peer payment system without a central control authority.

On the social level, Bitcoin already made a major difference in protecting people from its rulers in the poorest countries but also from the United States, who use the US dollar as a weapon.

Despite the success of Bitcoin, you should be aware that Bitcoin is still in the early adoption stage if you look at the technology adoption cycle. If you decide today to buy Bitcoin, you will still be an early adopted person with all the risks and benefits.

A lot of people still don’t know what Bitcoin is

In 2020, at least once everyone learned of Bitcoin.

The euphoric year-end of Bitcoin in 2017 is no stranger to it.

At that time, the media largely took on the phenomenon that made the name of the Bitcoin public.

Most people just kept what the media and politicians have put forward to leave them in a form of ignorance that would benefit them. But many of us don’t know really what Bitcoin is.

Bitcoin is a financial tool for the majority of the general public that facilitates criminal activity through the laundering of dirty money.

This is a misconception that is totally false but often used by Bitcoin critics to denigrate it.

All of this indicates that we are still in the early stage of embracing Bitcoin technology.

Therefore, the great evangelizing work to be done over the next ten years will benefit Bitcoin and its public adoption.

The more the public understands what Bitcoin is and what it is capable of bringing to the world, the higher Bitcoin adoption and the higher bitcoin price will be.

In my view, Bitcoin has already developed itself as a global store of value. Recent events between Iran and the US in early 2020 have shown that Bitcoin is truly a haven like gold.

On the other hand, Bitcoin is still struggling to grow as a means of exchange and payment.

Bitcoin is too rarely offered by merchants in developed countries as a payment solution.

In the years to come, the situation will improve as more and more traders start to take an interest in Bitcoin and see a significant opportunity to support it before their rivals.

The current low use of Bitcoin by merchants as a means of payment demonstrates Bitcoin’s extraordinary growth potential for the future.

What payment technology can provide more than $150 billion of market capital with as much potential for growth for traders worldwide??

The answer is simple: none but Bitcoin.

The phenomenal Bitcoin price increase at the end of 2017, reaching a $20 K record price, did not leave the media indifferent. Quite soon, Bitcoin and Cryptocurrencies became the mainstream media.

The media coverage of Bitcoin was generally very negative.

The media has continually alerted the public to Bitcoin’s threats without attempting to explain all the benefits it can bring to the world.

Since then, the situation has not changed much, and Bitcoin opposition members who are always inclined to throw out small polémic phrases hoping to have a viral effect are still preferred to be heard in the media.

Since its founding, Bitcoin has been declared dead 380 times.

All these Bitcoin critiques will ultimately be regarded as a good thing.

Bitcoin is still in the early adoption phase, and it needs to be discussed to reach the general public.

For good or ill, the important thing is that we speak to the general public about Bitcoin.

Time will then show that Bitcoin is resistant to all those criticisms and Bitcoin is moving block-by-block to build a fair system for the world regardless of what happens.

The user experience can be enhanced still further

Some condemn Bitcoin by arguing that it’s far too difficult to use for ordinary people. Such critics must have been trapped in my mind in the early 2010s.

The user experience with Bitcoin services has improved significantly in recent years.

Not everything is fine, but it has become much easier for the general public to trade or exchange bitcoins.

Given all these advancements, it still is important to significantly improve user experience.

This is fantastic because it paves the way for a whole host of startups to develop major innovations around Bitcoin’s everyday use.

The price volatility of Bitcoin is very high

Bitcoin is such a fantastic success that many forget it’s just 11 years old. People who criticize their extreme instability should know that, despite their youth, it is quite natural.

In the future, Bitcoin’s price volatility will stabilize.

When the Bitcoin price instability has stabilized, we have achieved widespread acceptance.

There’s still a risk but also an unbelievable opportunity for you.

If you have not boarded the Bitcoin train yet, before it reaches full tilt, you can still go a long way behind you.

Nobody knows how high Bitcoin’s price will be. However, with the further slowdown of production of new Bitcoins in the coming years, demand is almost certain to grow.

If you have to find out and buy Bitcoin, now is the perfect time to do this, with the price still less than $10K.

A big area for improvement is Bitcoin Scalability

The dramatic increase in the number of Bitcoin transactions at the end of 2017 showed that the Bitcoin Blockchain needed major scalability measures.

Up to 7 transactions per second can now be authenticated by Bitcoin.

This technical limitation in Bitcoin is a weak point in which the community tries to find a technical solution.

In reality, Bitcoin can not become a payment system used by everyone with so few transactions that can be checked every second.

By way of comparison, almost 200 transactions per second and Visa says 24.000 can be validated by PayPal.

I do not think it is sufficient to compare these systems, as they are centralized while Bitcoin proposes complete decentralization.

The solution the community has worked hard on for many months now is to implement the protocol for the Lightning Network.

By creating micropayments, the Lightning Network would relieve congestion in the Bitcoin Blockchain and would then reflect the final result in the Bitcoin.

Generalization of the Bitcoin Blockchain Lightning Network is more difficult than expected, but development is progressing at its rate.

Buying Bitcoin before optimizing its scalability is a gamble, because you may think it will never be appropriate.

You can nevertheless consider this risk to be sufficiently limited and buy Bitcoin now. Once its scalability has improved considerably, its value increases tenfold and you will be rewarded as an early adopter.

While Bitcoin has celebrated its 11th anniversary, it is already a phenomenal success. Its success is all the more phenomenal because it is still at the beginning of the lifecycle of the adoption of technology.

More precisely, Bitcoin’s in the “The Chasm” phase will determine how it emerges from this phase whether or not it reaches the stage of mass adoption.

For your part, you should be conscious that buying Bitcoin is not too late. If you buy Bitcoin now, you will still be an early adopter, risky and rewarding for the future.

It is up to you to decide from now on what you want to do.